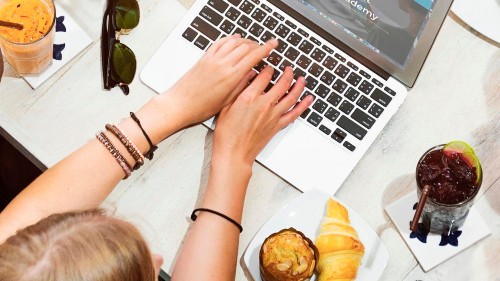 On January the 7th 2022 Camilla Cavendish wrote an article in the UK Financial Times entitled ‘It’s time to admit that hybrid is not working.’  It makes the case that CEO’s maybe tiptoeing around the return to work question, while the balance of focus on staff wellbeing has overcome the imperative for organisation or even customer wellbeing.  It also references a number of more recent studies that propose the early gains seen in productivity during various lockdowns, has now been replaced with evidence suggesting a decline.  A range between 5% and 30% reduction in productivity is suggested.

Other commentators are also starting to emerge, raising their heads above the parapet and challenging the value of hybrid working.  Sir John Timpson of the Timpson high street retailer is on record as suggesting firms that embrace hybrid working will be at a ‘competitive disadvantage’.  This for me will become the final arbiter.  It’s feasible that we may in the future find colocated organisations beginning to outperform hybrid or remote working organisations.  If that’s the case then I suspect competitive pressure will start to facilitate a new discussion as to hybrid working efficacy.  No one likes the idea that we pamper to presenteeism, but if clear performance differentiators start to be realised between colocated and geographically spread teams then that is likely to become a strong case for reverting back to traditional ways.

Another factor worth considering is the reality that we are social beings.  Even Tom Hanks in Castaway needed a friend; in the film this role was skilfully played by Wilson the basket ball!  This is a classic Maslovian phenomena, one of our base needs is social interaction with others.  There is therefore a strong argument that proposes the longer we are working in isolation, the more co-location may appeal.  Despite the challenges of a commute, many of us enjoyed the cut and thrust of a day interacting with others.  People at the station, the receptionist on arrival, colleagues during meetings, the shop assistant at the sandwich shop etc.  There is already a growing level of discontent being voiced around constant Zooms that eat up your time and fail to deliver on the human interaction that (for many) we actually enjoy.  For many there is something pleasurable about the work community.

So is it time we accept hybrid is not working?  Well, I would suggest not just yet.

We are still in our infancy, we are still working out what models best fit our organisational needs and some good ideas are already rising to the top.  In this post we talk about some of the emerging hybrid models, but a new one being rolled out by the clever people at San Jose State University is a very well thought through solution which deals with at least some of the challenges we’ve discussed.

They have implemented a weekly pattern model that looks like this:

I like this.  It’s clever approach.  Specifically by having set ‘in days’ you eliminate the potential of commuting in, to find you spend the day on zoom / teams calls, plus you get to interact with the whole organisation face to face.  There’s some flexibility and some structure, I could see variations of this approach becoming a good solution that prolongs the life of hybrid.